What Happened on TDC Recife 2019

What Happened on TDC Recife 2019 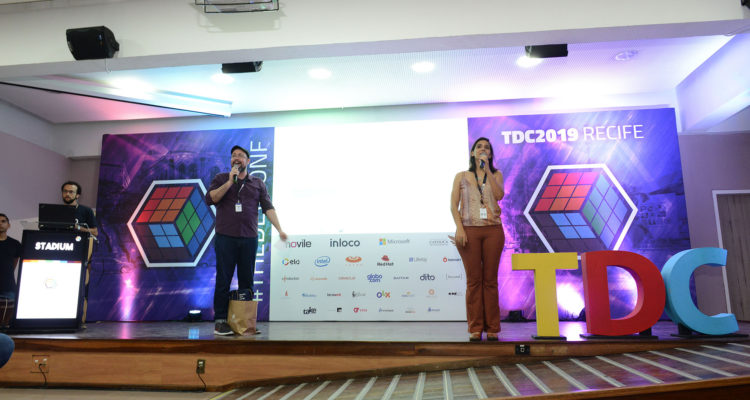 TDC Recife took place on 11, 12 and 13 of October. It was the first edition of the event on the capital of Pernambuco and was located in Universidade Católica de Pernambuco (Catholic University of Pernambuco).

TDC started it’s activities in Recife by participating of the Porto Digital community and the Rack’n’Play, both events were already established in the city. On the opening of the event, the special guest was the professor and researcher Silvio Meira. Silvio has experience in software engineering, is well recognized in the business world and also figured in the list of the 100 more influential people in Brazil released in Época Magazine.

At the end of the second day, a frevo band played. Many people stood up to dance, in a mood of connection and positive energy.

Other symbolic moment in the event was the speech of a 7 years old girl, in front of the audience. She said that she aims to be a programmer on the future, what made many participants emotional. One of the main goals of the event is to make the community grow and become more and more diverse, so encouraging young people to work in technology is important.

TDC also took action to minimize it’s environmental impact. With UNICAP, tarpaulins were donated to be reused by craftswomen from Caruaru to make bags.

All those elements contributed to the success of TDC Recife and give an optimistic perspective for the next year’s edition. We expect that TDC will be even more dynamic, inclusive and enriching.